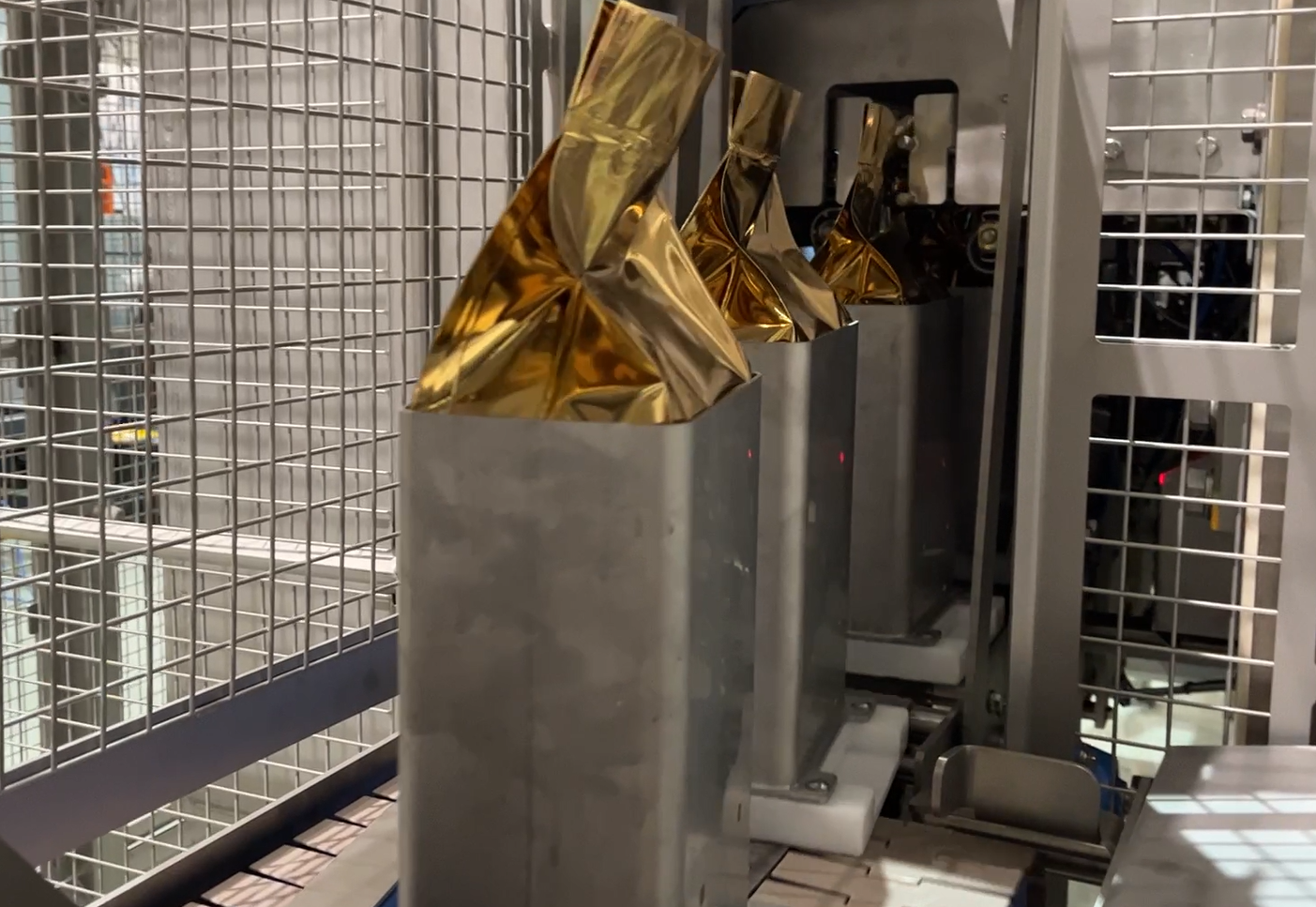 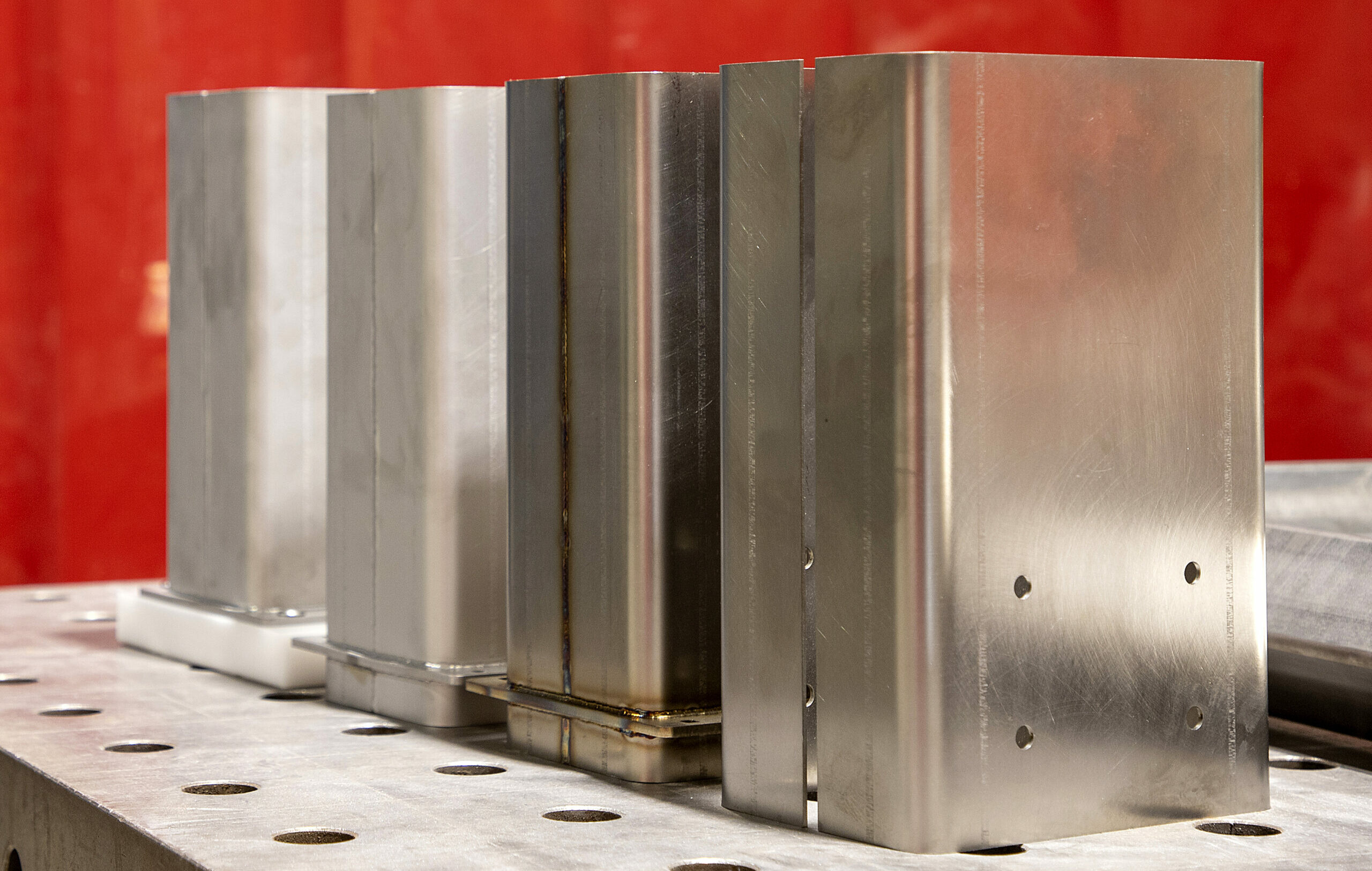 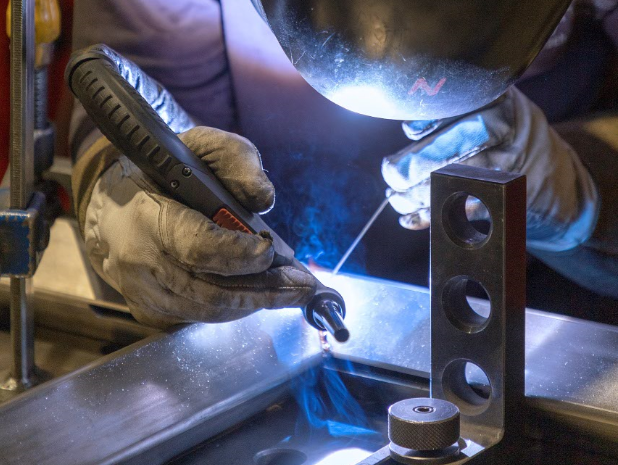 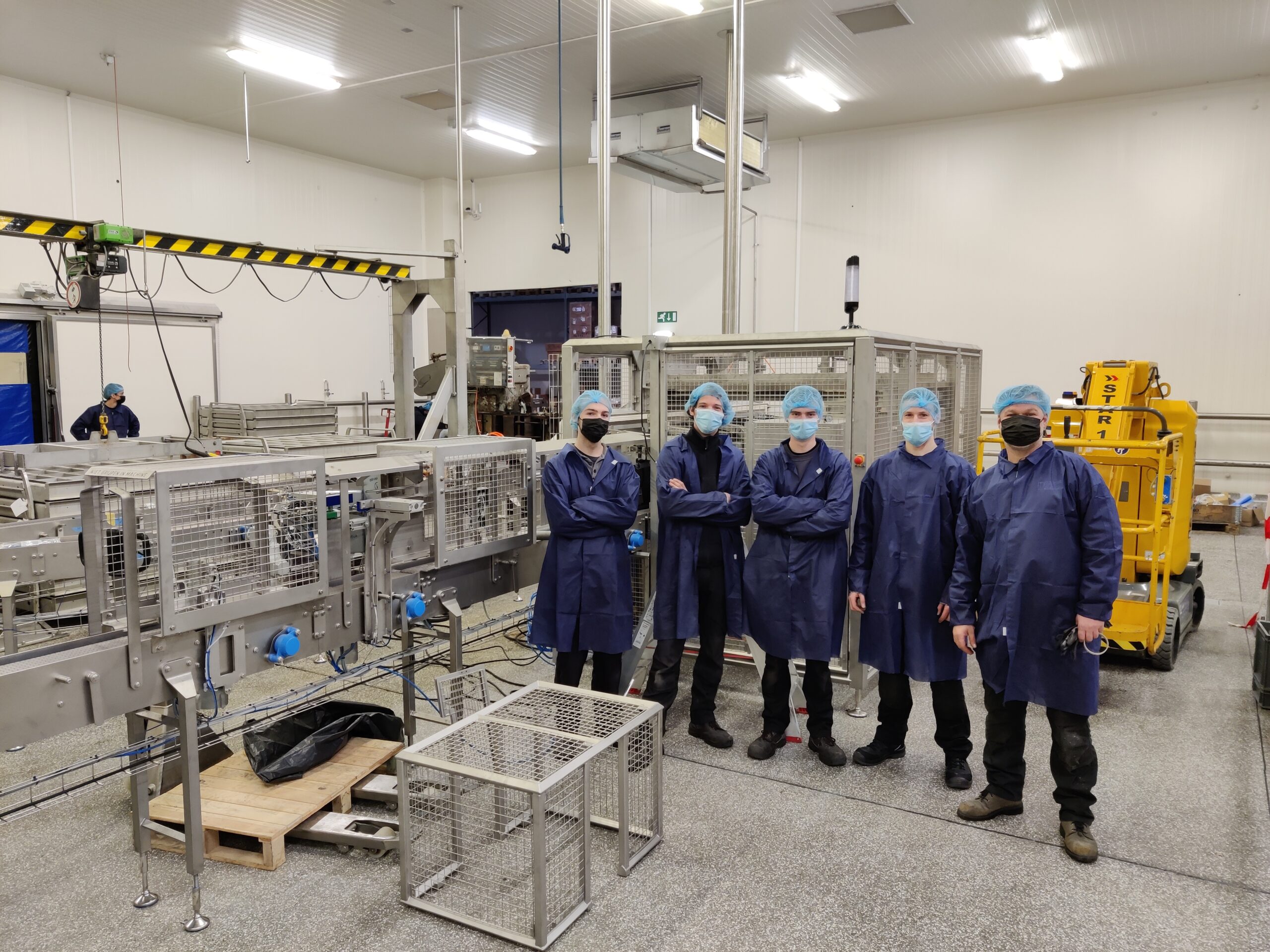 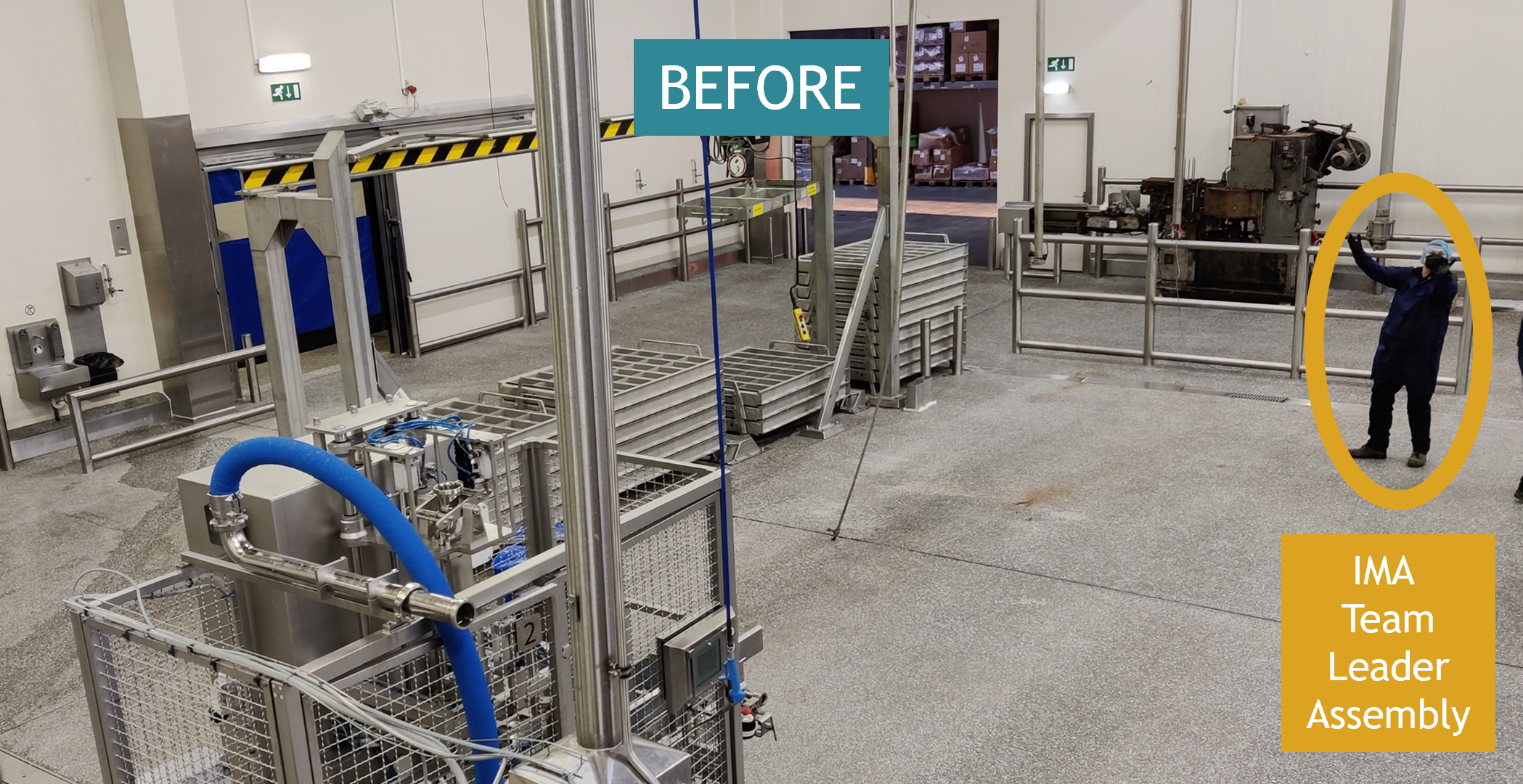 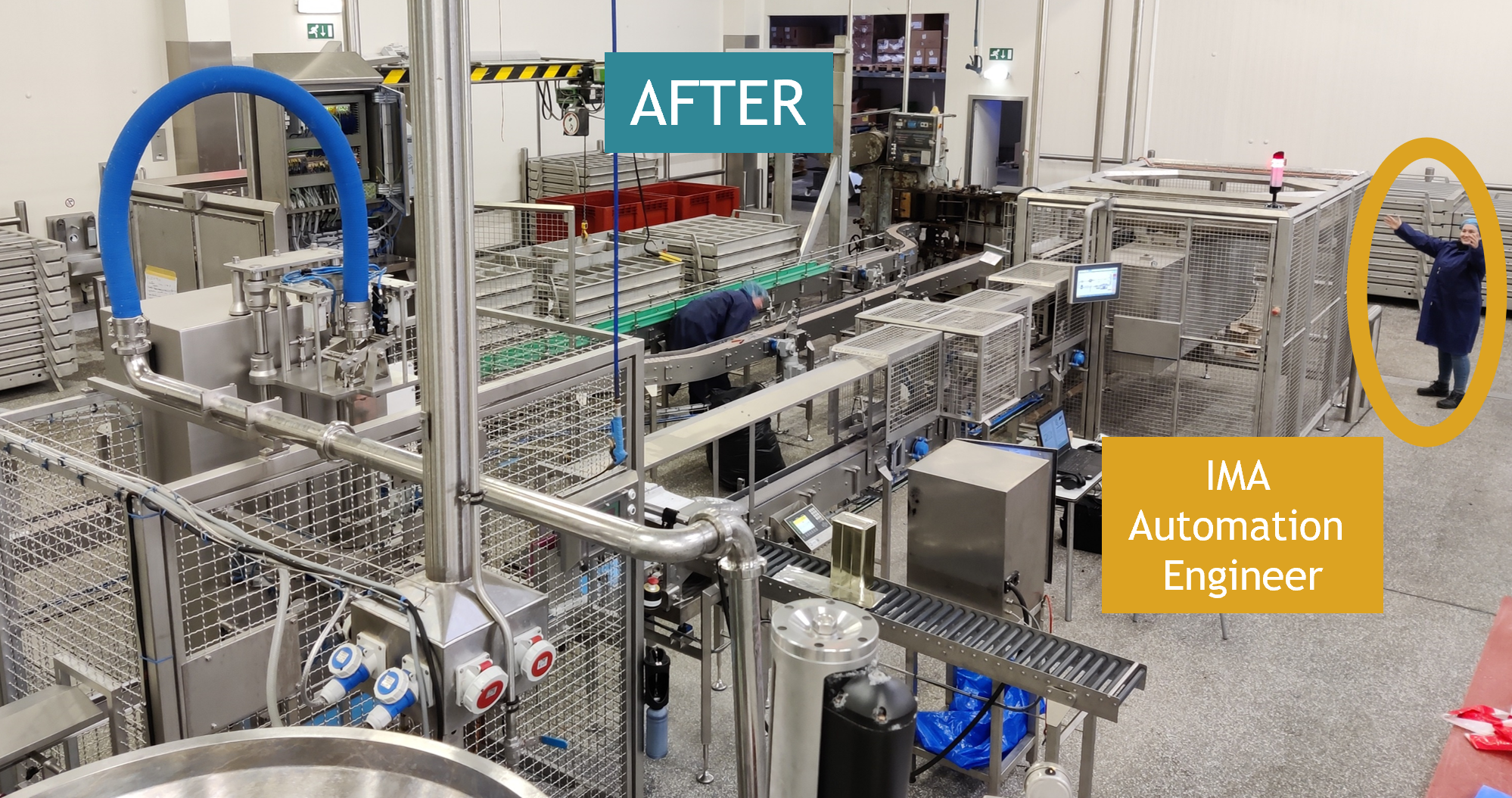 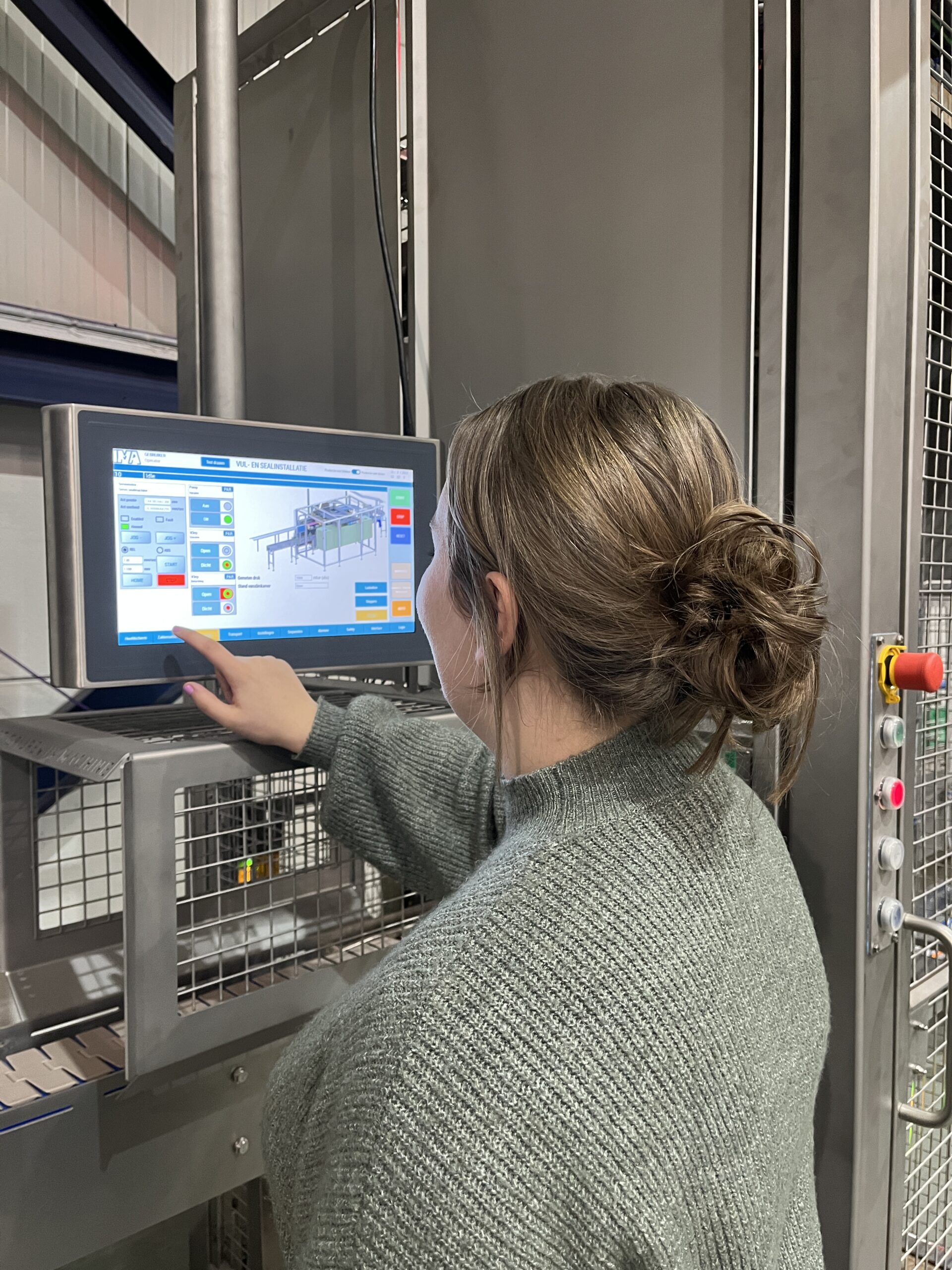 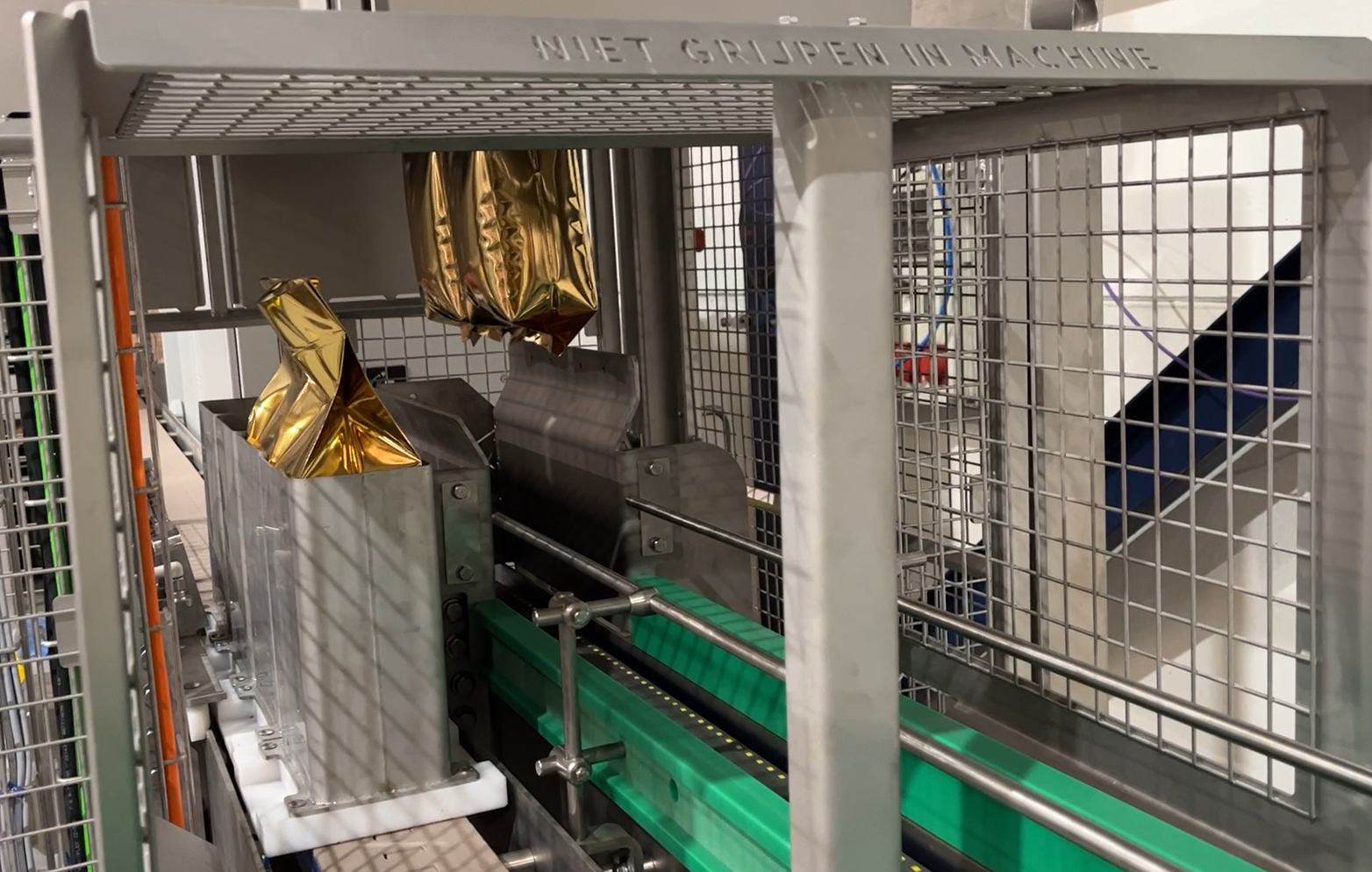 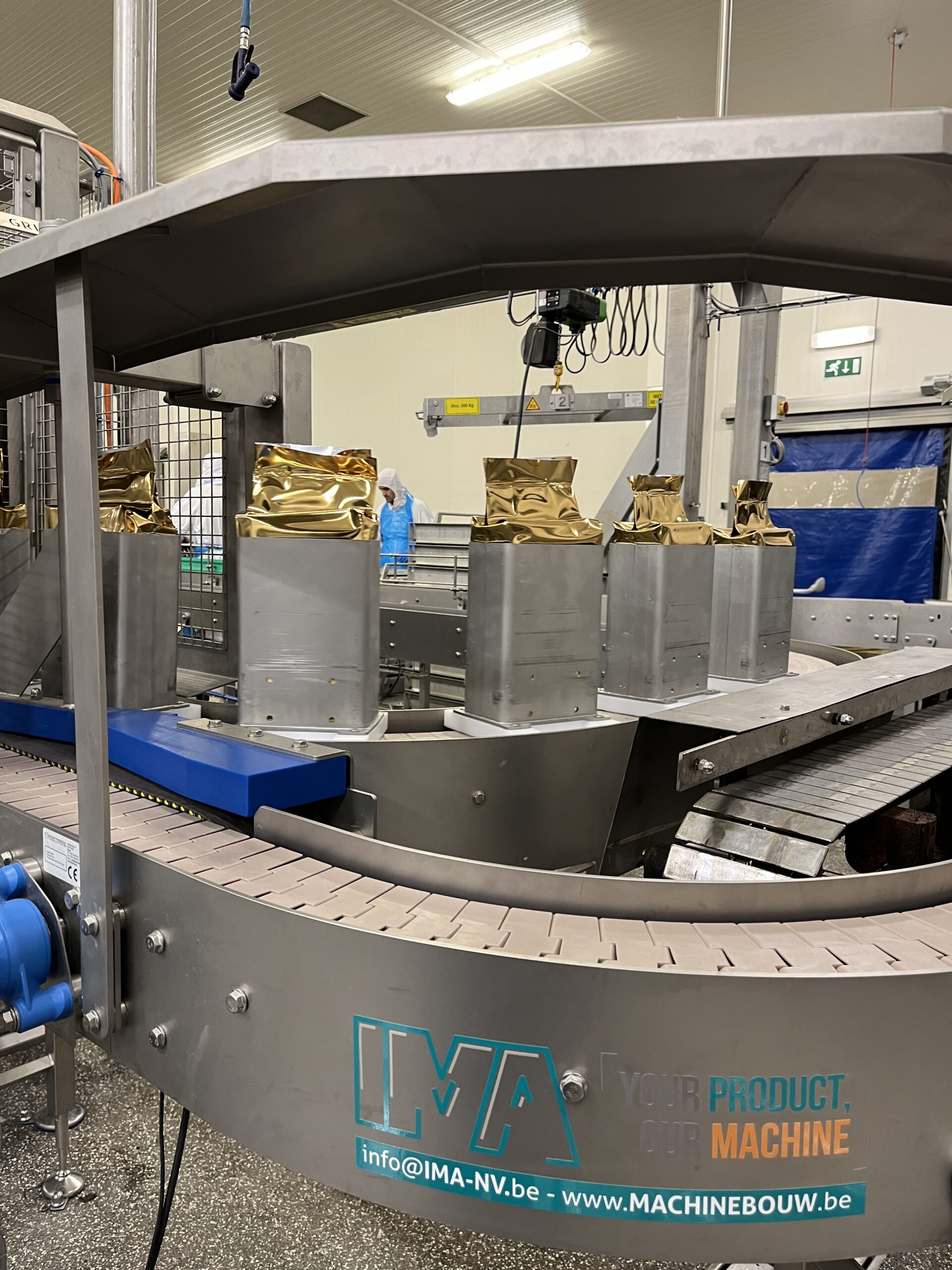 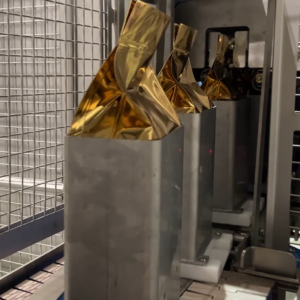 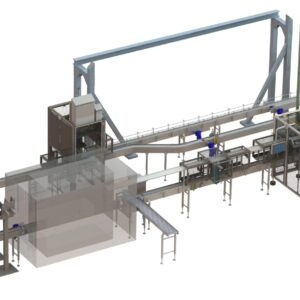 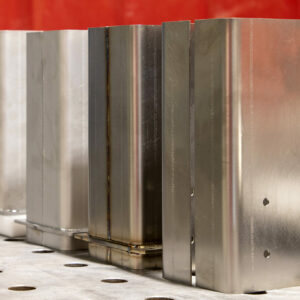 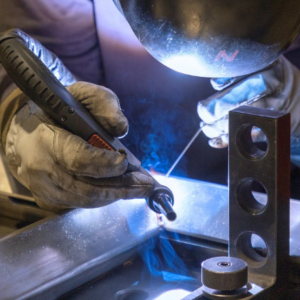 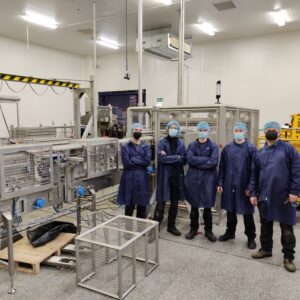 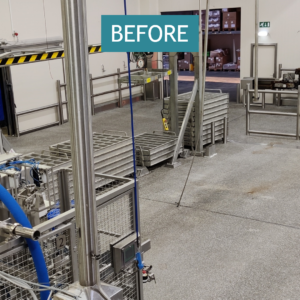 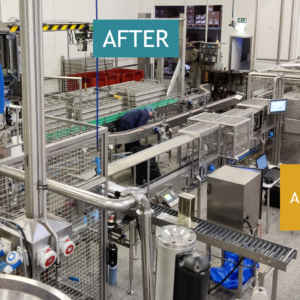 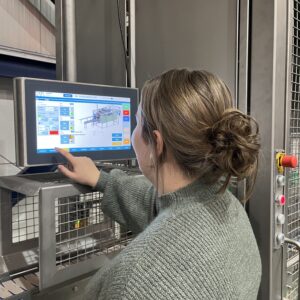 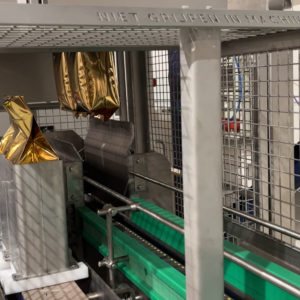 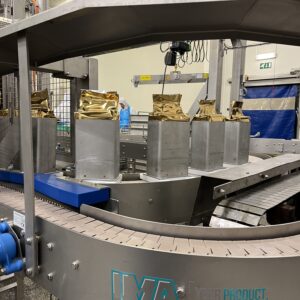 One of the production lines of Vlevy, a producer of toppings in the food industry, was thoroughly updated and upgraded by IMA. As a result, the line is now completely ready for the future!

This line fills laminated bags with 5 kilos of mixed meat, which are then vacuum-treated and sealed. The filled containers are now ready for the next line, where they are cooked.

The objectives set by the customer were increased efficiency, operational reliability, production capacity and ergonomics. IMA developed solutions to relieve the people who operate the machine from labour-intensive work, and included accommodations to increase production capacity in the future.

At the same time, we addressed a number of annoying problems. For example, if the seal bar failed, the entire production would stop. And the metal workpiece carriers made a terrible racket when they touched each other during transport. A ‘detail’ for which IMA also found a solution.

In short, a project in which our electrical, automation and mechanical engineers worked closely together to improve both the production process and quality.

Better quality and a better process thanks to intensive collaboration between electrical, automation and mechanical engineers.

For this complex project, we proceeded in phases.

The line starts at the existing filling machine (not designed by IMA) which communicates with the IMA line software. The filling machine fills quantities of 5 kg into bags. The filled weight is then checked and they are ejected from the line if deviations are too great. In addition, IMA came up with the idea to adjust the shape of the bags after filling. This significantly improves the seal quality. In consultation with the customer, we also found a practical way to push the last bit of air out of the bag before vacuum-treatment and sealing. The result: a better seal and more control over the product, with better quality in general.

The existing sealing machine, where 6 food containers were positioned on 1 long seal bar, proved to pose a high risk of bringing the entire line to a standstill. IMA replaced 2 sealing machines with a single long seal bar with 1 machine with 8 separate seal bars that works faster. The big advantage of this is that each bag is sealed identically. Previously, the middle bags on the long bar were sometimes not optimally sealed.

A lot of time and attention was devoted to the vacuum container. Despite the weight of 1,200 kilograms, we opted for a suspension system for hygienic reasons. Accurate calculations should prevent it from imploding during vacuum treatment. Our welder succeeded in welding this container, with stainless steel plates of 20 mm thick, perfectly straight. We then come to the bag remover where the filled and sealed bags are removed from the workpiece carrier per 2. They are transported on a second belt to the operator, and the workpiece carrier is returned to the filling machine. The operator deposits each bag in pre-formed bins (which are later cooked).

Of course, at every step, we took into account all the specific rules that apply in the food sector.

Is there a standstill? Then this buffer ensures that the whole process can be restarted quickly.

“In this production line, several machines with different types of software are used. We managed to get them all to communicate with Vlevy’s existing machinery.” – Zoë, automation engineer

In addition to the defined objectives, with the sealing solution without residual air, and with the pre-forming of the bags, we have proactively thought about even further product improvement. Our machine design can also accommodate a potential capacity increase in the future. Thanks to the automation, the work is less intensive and three people can now be deployed at other work stations. 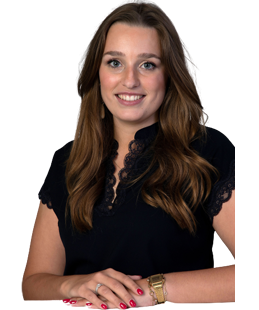 Céline will help you!